When you start with playing poker you might be overwhelmed by the information that you can read on the internet, in books or on television. There is information on starting hands, pot odds, how to play small pairs and aces and so on. In this article I will give some general advice for beginning players. This will be not advice on game technical subjects, but more mental tips and tips how to handle the game. I have summarized them underneath, but this is not meant as an order of importance. 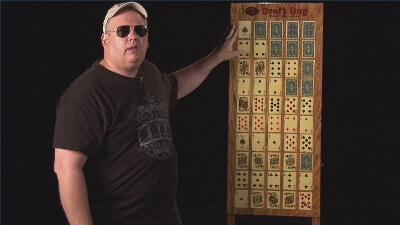 1. Focus on the game, not on the money

Many players are lured to the game by the success stories we can see on TV or read on the internet. For those who are in for some quick money: there is no fast money in poker. Poker is a complex game, which takes hours of study and play to master. If you want to succeed in poker you have to invest in your game and this takes time.

Try to focus on your decisions and how you can improve your game. I think you only can succeed if you enjoy the game and this should be the reason you play poker. If you enjoy the game and focus on self development, your results will improve gradually and eventually you may become a winning player. If you focus on how much you are winning or losing, you will lose your focus on the game and poker will be a stressful game. Of course there are exceptions of players who win lots of money from the start, but remember that for each of those there are hundreds of players who lose their first deposit and the majority of online players are losing players.

If you want to start playing poker directly for real money, the best thing is to start at the cheapest tables. Everybody will make beginner mistakes and you can better make them for 1ct than for $50. Many poker theories are just simply understood by playing much. Even if you like the thrill of playing for big money, the satisfaction will be bigger when you play big stakes and know that you can defeat them.

3. Try to think and be critically

I sometimes see beginning players play 10 tables without knowing what they are doing. I think that by doing this these players will not improve their game, because they only make automatic decisions. I believe that people develop best, whether it is in poker or with something else, if one is focused on improvement and thinks critically  about his own game. If you play a hand, try to think how you want to play it throughout the entire hand, so for instance if you call 88 preflop, think how you are going to play it on the flop, and on which flops you are going to play and how you are going to play against different opponents. Another mental exercise is to always set your opponent on a range of hands. Although this can be hard and sometimes impossible, it will help you improve your reading skills. By following my latter two tips, you will press yourself into thinking, which will make you a better player.

Poker is a game which incorporates variance. Although I believe that superior skill will be paid off in the long run, short term variance can be big and tough. Every poker player will have upswings and downswings. And during a downswing poker can be quite a nasty game and there will be moments where you will hate the game. Don’t raise your expectations after an initial good run in your poker career. I have seen many players who donked their way to a final table when they just started poker. These players thought they were the new poker king, but would lose all their winnings and even more in the months hereafter. Also many players will blame a bad run only on bad luck and will not look critically to their own game. Downswings are more often a combination of bad luck and bad play than only bad luck. If you don’t want to suffer downswings you shouldn’t start playing poker.

Are you starting poker? Leave you thoughts in the comments!